10′-9″ or 11′-8 3/8″
Basement and semi-downdraft options add additional height
*Remember all specifications can change at any time at the discretion of the manufacturer. This data is strictly informational and can’t be applied for all paint booth applications.

10 fixtures or more
(depending on cabin length) 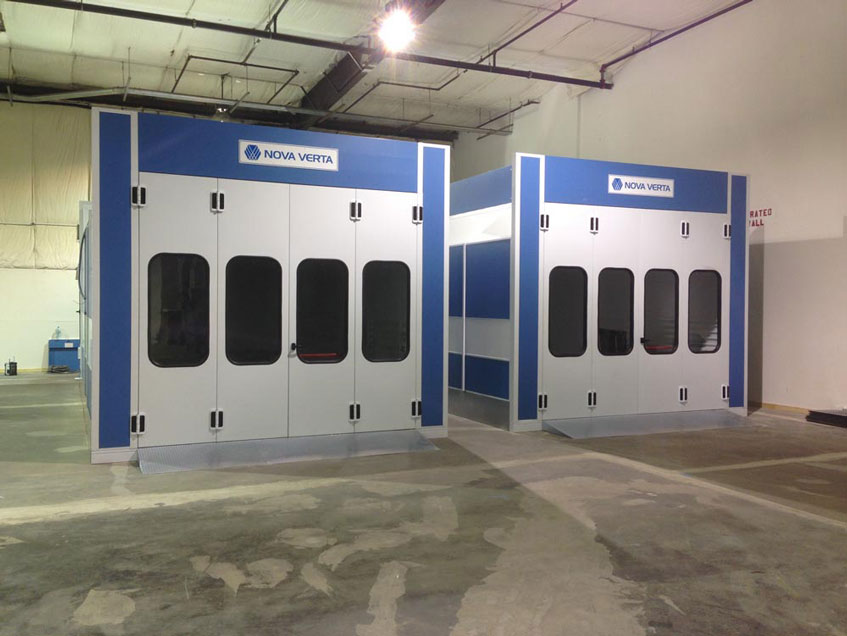 The Raptor Series Paint Booth from Nova Verta is designed to sustain optimum paint conditions with the most energy efficient technology available on the market today. It is configured to maintain consistent airflow to speed curing time with high-quality PLC controls, indirect heating, and a variable frequency drive on the exhaust fan.
This booth brings much more than pristine illumination for your application. A Raptor Series system beats the competition every time because it has three operating modes that will outperform any other system in its class—the cost-effective benefits are incalculable.

Worker safety is job one, and a Raptor Series booth employs a variable frequency drive and make-up unit with a stainless-steel heat exchanger to warm the air and recirculate it without exposing operators to carbon monoxide. Keeping booth conditions stable during final masking and tack off is integral to consistent performance.
It’s not every day you can find a reliable booth model with a prep cycle that meets OSHA-mandated working conditions, heats the air, maintains air pressure, creates optimum spray temperature and ends up saving you 35% more than other systems in its class.

One press of a button on the Touchpad Controller and you are on to the next operating mode: the Raptor spray cycle. A consistent stream of heated air coupled with a steady booth pressure is automatically maintained at a minimum energy output without the use of a damper or operator intervention.

Now that you’re done with the painting process, another press of a button and the booth shifts into its last operating mode: the Cure/Bake Cycle. A Raptor Series booth effortlessly maintains airflow velocity and completes the cure process faster with conventional and waterborne paints. The booth will recirculate the air, minimizing the electricity and fuel other paint booth models normally would consume.

A Raptor Series is unique in its capacity to cut down on energy consumption with three distinct operating modes, but what really proves its quality are the superior manufacturing standards of Nova Verta.

The Raptor series interior is designed specifically for overall illumination to reduce light output interference and eliminate shadowing. Each booth comes with no less than 10 Class 1, Division 2 light fixtures with six color corrective tubes in each fixture. A Raptor 27′ Series booth is equipped with eight horizontally mounted fixtures at the hip and four horizontally mounted on the side walls. Large booths offer even more light fixtures.

Each Raptor series is factory pre-wired to reduce installation time and cost. Avoid the headaches that come with intricate installation requirements—your booth comes with easy-to-follow installation manuals and color-coded and labeled wiring to aid in reducing set-up time and expense. And your operator’s safety is guaranteed with finger-safe control panel wiring.

We feature Allen-Bradley Touchpads with a three-inch display, making the Raptor series easy to operate by simply scrolling to change parameters like temperature values and cure times. Self-diagnostic screens indicate corrective measures to keep the booth operating for optimum performance. The Raptor series is designed to minimize operating costs with built-in tracking and screen readouts for booth hours, cycle hours, booth pressure and temperatures. Between the Touchpad and data display, you can keep total control over the booth’s performance.

Our factory trained installation crew can get your new Nova Paint Booth installed correctly and quickly.

This our specialty! You can rest assured that your new equipment will be operational in no time.

We partner with Nova Verta because the booths are designed with customer safety and convenience in mind. Our priority is to help you create the perfect conditions for prepping, spraying and curing. We take pride in aiding our customers to achieve a glass-like finish every time for every project.
Give us a call at 800-637-4027 or send in your CAD drawings to sales@paintbooth.com. 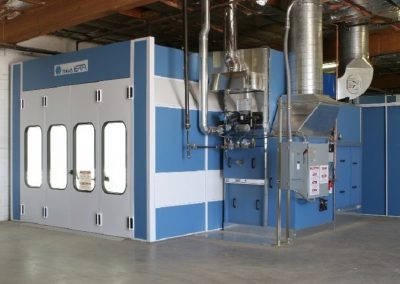 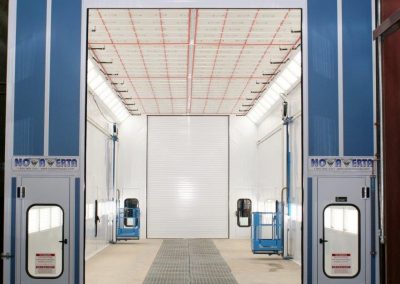 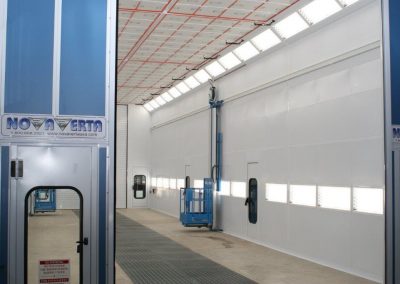 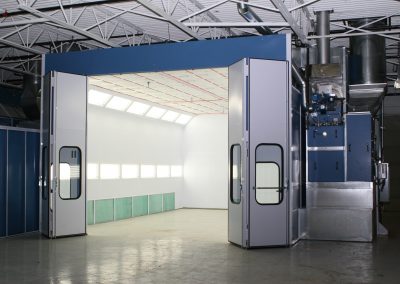 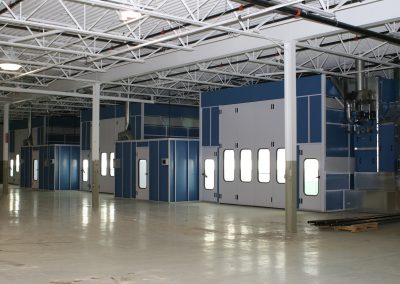 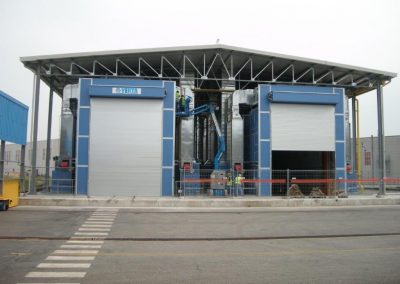 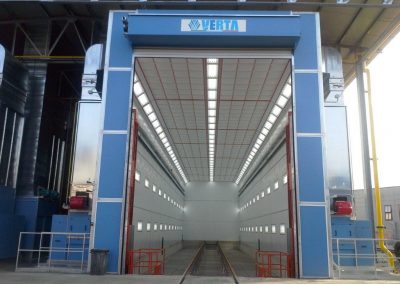 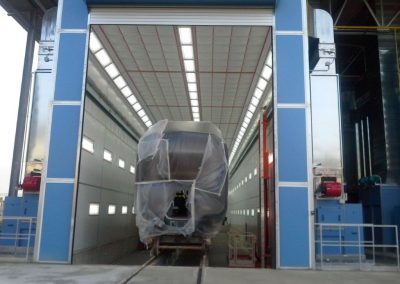 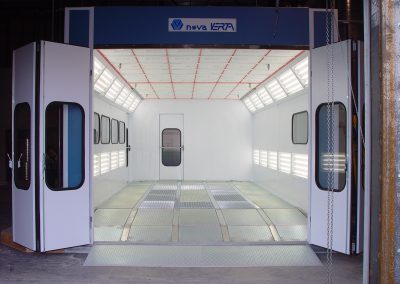 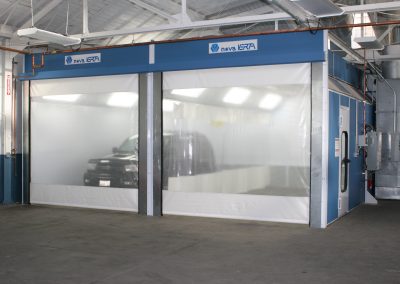 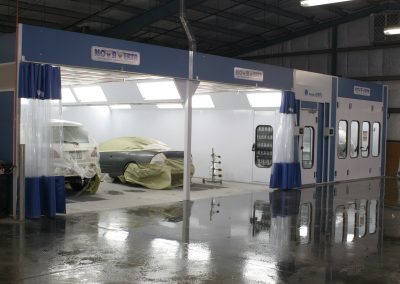 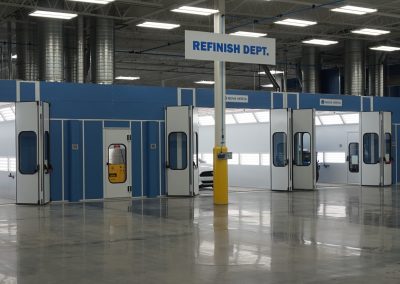 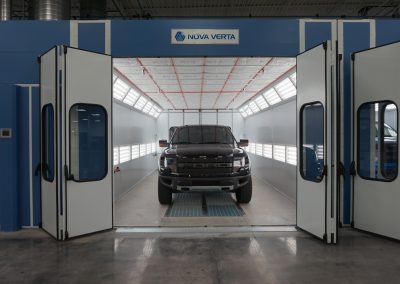 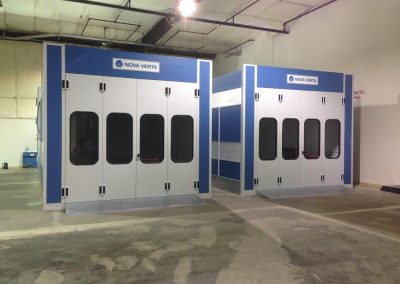 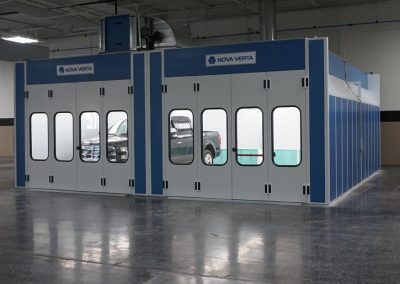 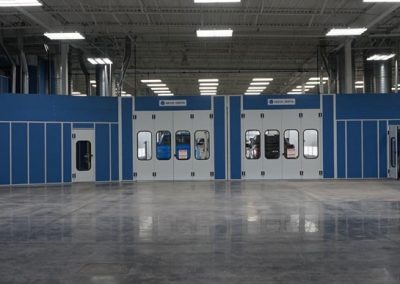 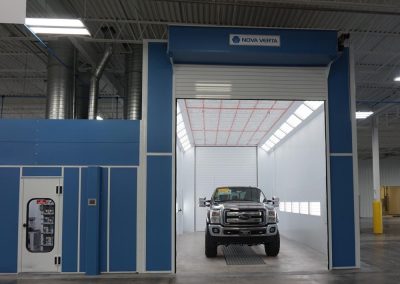